Signals of type wire or a similar wire like data type requires the continuous assignment of a value. For example, consider an electrical wire used to connect pieces on a breadboard. As long as the +5V battery is applied to one end of the wire, the component connected to the other end of the wire will get the required voltage. 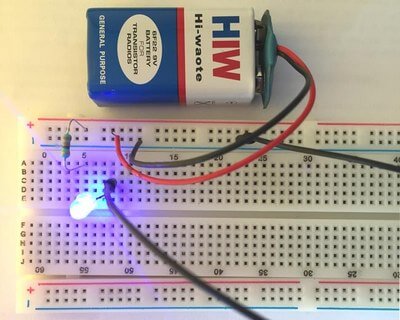 In Verilog, this concept is realized by the assign statement where any wire or other similar wire like data-types can be driven continuously with a value. The value can either be a constant or an expression comprising of a group of signals.

The assignment syntax starts with the keyword assign followed by the signal name which can be either a single signal or a concatenation of different signal nets. The drive strength and delay are optional and are mostly used for dataflow modeling than synthesizing into real hardware. The expression or signal on the right hand side is evaluated and assigned to the net or expression of nets on the left hand side.

Delay values are useful for specifying delays for gates and are used to model timing behavior in real hardware because the value dictates when the net should be assigned with the evaluated value.

There are some rules that need to be followed when using an assign statement:

In the following example, a net called out is driven continuously by an expression of signals. i1 and i2 with the logical AND & form the expression.

If the wires are instead converted into ports and synthesized, we will get an RTL schematic like the one shown below after synthesis.

Continuous assignment statement can be used to represent combinational gates in Verilog.

The module shown below takes two inputs and uses an assign statement to drive the output z using part-select and multiple bit concatenations. Treat each case as the only code in the module, else many assign statements on the same signal will definitely make the output become X.

It is illegal to drive or assign reg type variables with an assign statement. This is because a reg variable is capable of storing data and does not require to be driven continuously. reg signals can only be driven in procedural blocks like initial and always.

Consider the following digital circuit made from combinational gates and the corresponding Verilog code.

Combinational logic requires the inputs to be continuously driven to maintain the output unlike sequential elements like flip flops where the value is captured and stored at the edge of a clock. So an assign statement fits the purpose the well because the output o is updated whenever any of the inputs on the right hand side change.

After design elaboration and synthesis, we do get to see a combinational circuit that would behave the same way as modeled by the assign statement.

See that the signal o becomes 1 whenever the combinational expression on the RHS becomes true. Similarly o becomes 0 when RHS is false. Output o is X from 0ns to 10ns because inputs are X during the same time.